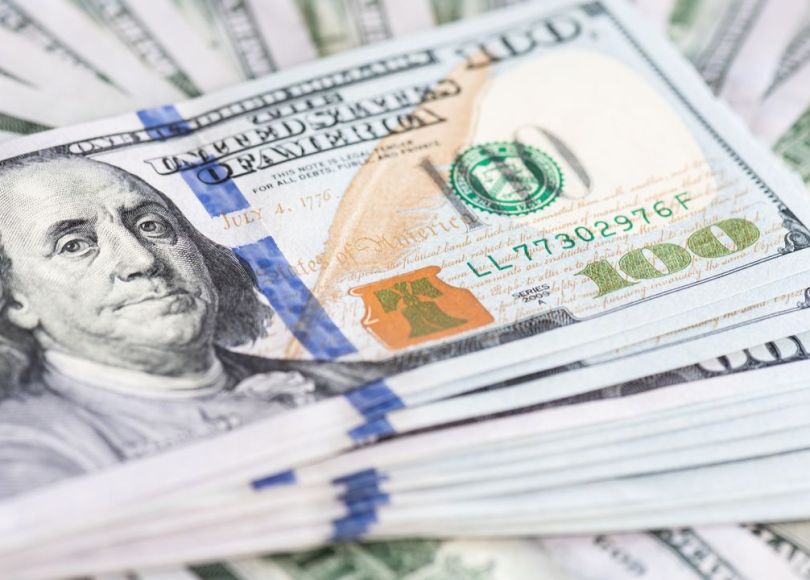 You probably hear a lot about paper money being replaced by “digital currency” in terms of bitcoins, cash apps, RFID chips rammed into the hand, or debit cards. There’s a strong push by governments around the world to outlaw cash. But why do we even value paper or digital cash? We hear Black leaders complain that Black dollars don’t circulate within our community enough. We hear our favorite entertainers worship cash. Politicians corrupt themselves for it. Big Business and Big Banks grab more of it for themselves and give us a tiny fraction of it in the form of salaries.

And for the descendants of slaves, the institution of slavery raped it from our ancestors, and increased the resulting net worth for their children and grandchildren. But on the flip side of that, that unfair transfer of wealth left us with next to no net worth generation after generation, making it much harder to pass on a financial legacy. This means we have a greater chance of being employees (wage slaves) than bosses and businesspeople. With cash from our jobs (instead of businesses for most of us), you and I spend money every day, and will get mad if someone steals it or cheats us out of it. We value cash more than net worth.

But why? Who told us to value digital or paper cash in the first place?

In order to understand how power works in this world, we need to understand how the idea got into our heads that today’s currencies are to be valued and even worshipped. Centuries ago—yes, younger brothas and sistas, there was a world of people living before slavery days lol—people did not use paper money. They only valued gold and silver as a way to buy and sell things. When a kingdom in one country traded goods with another kingdom far away, they entered an agreement and then exchanged lots of goods for lots of gold and silver. When they went to war against each other, they sent gold and silver to finance their troops in various military posts.

At the community level, if you needed meat and bread, you took pieces of gold or silver (usually kingdom-certified coins or your own custom pieces) to the meat butcher or bread maker. For those who regularly bought meat and bread from the same stores, the store owner would sometimes accept a written promise to pay later, aka “IOU,” to get food if they fell on hard times financially.

Sounds simple, right? So then, who came up with the bright idea to trick people into valuing a worthless piece of paper over gold and silver? The answer is the beginning of financial wisdom for you so that you better understand why we value those “stacks” like many of us do.

Keeping with the “IOU” written promissory note, some clever financial magicians figured out a way to trick kings into using promissory notes as opposed to the actual precious metal. To keep a long story short and simple, these same financial wizards would convince kingdoms that gold and silver were heavy, easy to short change by mixing in fake metal with the real metal, and easy to steal without getting any help to get it back. “But if you use our IOU paper system, your majesty, we can guarantee your losses in case it gets lost,” they claimed. “And we can exchange your kingdom notes for another kingdom’s notes at very little cost to you.”

Recall from the new Testament, their predecessors were called “money changers” as they converted the currencies of worshippers coming to Jerusalem from all over the world to buy sacrificial lambs and doves. Of course, Jesus Christ overturned their money changing tables, but that same concept was brought back roughly around the 1500s.

The IOU paper system got off to a rough start as it was almost impossible to convince kings to give up their gold for paper. Would you? Of course not. So how did they eventually do it?

By convincing kings to borrow gold and silver at interest that became tough to pay off, especially if the kingdom was at war. And for those who know their history, the bankers, as they would be called, financed wars, too. So if you’re a banker financing wars on one hand at interest, and financing the kingdom’s economy on the other hand at interest, at some point, the interest payments will bankrupt the kingdom. Once the economic failure happened, the kings had no choice but to submit to the IOU paper system. And what happened when those kings bowed to the bankers by signing those IOU notes? They turned around and taxed their citizens. And when those citizens got tired of paying higher taxes, they revolted. The French Revolution of the late 1780s is a classic example of this destructive financial cycle. (In 2020, Venezuela and Zimbabwe have been experiencing similar forms of this financial terrorism).

The same paper trickery came to America in the 1860s with US-backed greenback promissory note system during the Civil War. As expected, this led to much of the strife that accelerated the division between north and south (slavery wasn’t the only issue). The greenbacks were forced on the losing side, the South. As with other tricks and schemes involving money, this greenback dollar eventually circulated through the rest of the country in various ways. Wikipedia has a pretty good summary of this system:

“Greenbacks were paper currency (printed in green on the back) issued by the United States during the American Civil War. They were in two forms: Demand Notes, issued in 1861–1862, and United States Notes issued in 1862–1865. They were legal tender by law, but were not backed by gold or silver, only the credibility of the U.S. government.[1]”

Notice that last sentence. These greenback dollars were not backed by gold or silver. Don’t take that for granted. That’s THE main key to the Big Bank, Federal Reserve and Wall Street power we see today. Ever since the Civil War, we’ve been forced into various forms of paper currency that is now owned by the Federal Reserve (not your US government as the Federal Reserve is an elite banking club for the rich). In 1933, the president at the time outlawed gold, and in 1972, the president at that time added fuel to the gold fire, giving us the oil-backed dollar scheme we’re struggling with today. World banks have benefitted greatly from this scam. This is pimpin’ on a whole other level.

What does all of this history have to do with you, you might ask? Every generation of us Americans (all races) since the Civil War have been mentally trained to value the dollar, while at the same time, we’ve been distracted from the history of the value of gold and silver as money. We now take it for granted that paper money is the only symbol of value we care about, but this is the ultimate deception. If we had to choose between a $100 paper bill or $90 in gold, most of us would choose the Benjamin instead of the gold, even though the bill is decreasing in value right now, while gold is mostly increasing in value and will surpass the $100 bill in this example.

Regardless, the current money system is quickly being replaced with digital money, which means the system or racial supremacy that is suppressing us the most will have even more control over our wealth. Does that sound like a good thing to you, given that African Americans (aka Black Americans, etc) already have almost zero net worth on average? (The 2008 Great Recession helped speed up our net worth downfall). We should be alarmed and have this as not only our political agenda to solve, but our economic agenda as well. Hopefully you have a greater awareness of the value of money and the current shift from valuing paper money to valuing digital money. Feel free to spread this knowledge to those in your circles who lack this knowledge, especially the younger brothas and sistas.