This past Saturday afternoon was a perfect Fall weekend day for a drive. I must say, I was certainly glad I RSVP’d to the Bentley test drive event at Highland Park Village in the toney part of Dallas called Park Cities.

Before I go into my experience, it’s good to provide a quick background on Highland Park Village for those professionals who are new to the Dallas area. Highland Park Village, where all the big dawgs and ballers shop, is a historic landmark, being the first self-contained outdoor shopping village of its kind in the country.

Before it opened for business in 1931, its developers were inspired by some of the Spanish architectural styles they observed from Mexico and California all the way to Spain. The city of Highland Park itself is part of what’s called “old money” in Dallas, having its roots of affluence dating all the way back to the late 1880s and early 1890s when its investor originally bought it to develop exclusive, upscale houses. The guy who headed up the design of Beverly Hills also designed Highland Park. The city sought to separate itself from Dallas, and was incorporated in 1915. Together with University Park, it is part of Park Cities, which is around the corner from billionaires like Mark Cuban and Ross Perot, as well as former President Bush Jr. We wrote an article about a few affluent blacks in Park Cities in 2014. 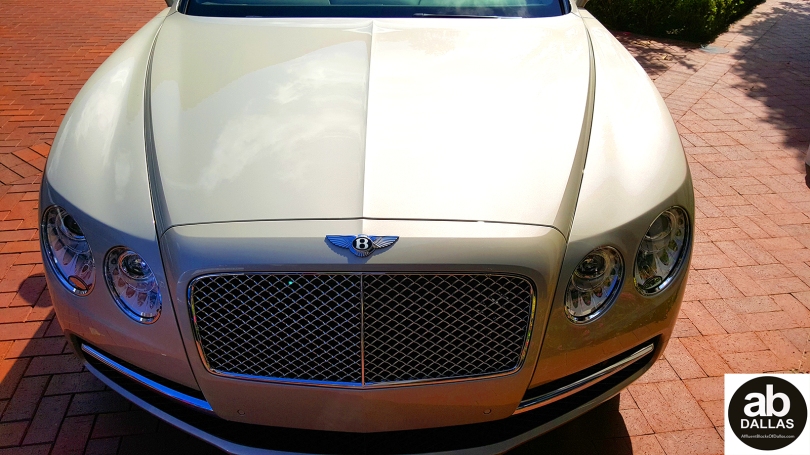 Ok, so that’s your history lesson for the day, boys and girls. Now let’s talk about how I looked pushin’ that big body around this bastion of billionaires. The convertible was booked solid, so I “settled” for the Bentley Mulsanne. Somebody should have warned me this thing would be so addicting. Its silver exterior color was nice, and that 500+ horse power makes driving quite effortless at any speed, but that interior though! It’s a mix of classic, well-appointed luxury with modern amenities for the tech savvy professional. Quite impressive. In keeping with Bentley expectations, sitting in the cockpit makes you feel larger than life, in control of your driving destiny. What especially caught my eye was not the custom stitching on the door panel leather, but the Vavona burl wood paneling, which is specially cut from the California sequoia tree. Definitely a nice touch compared to other luxury car wood paneling and veneers I’ve seen.

And now for the cost. The base model is about $300k, and the top trim (there are 3) is almost $500k. The marketing team that hosted the event is part of a traveling itinerary, but in Dallas, they refer Dallasites to Bentley Dallas, which is part of Park Place Motorcars. Malcolm Gage is the New Car Sales Director. If you’re living like a boss right mow, go ahead and get in touch with him. Ciao.