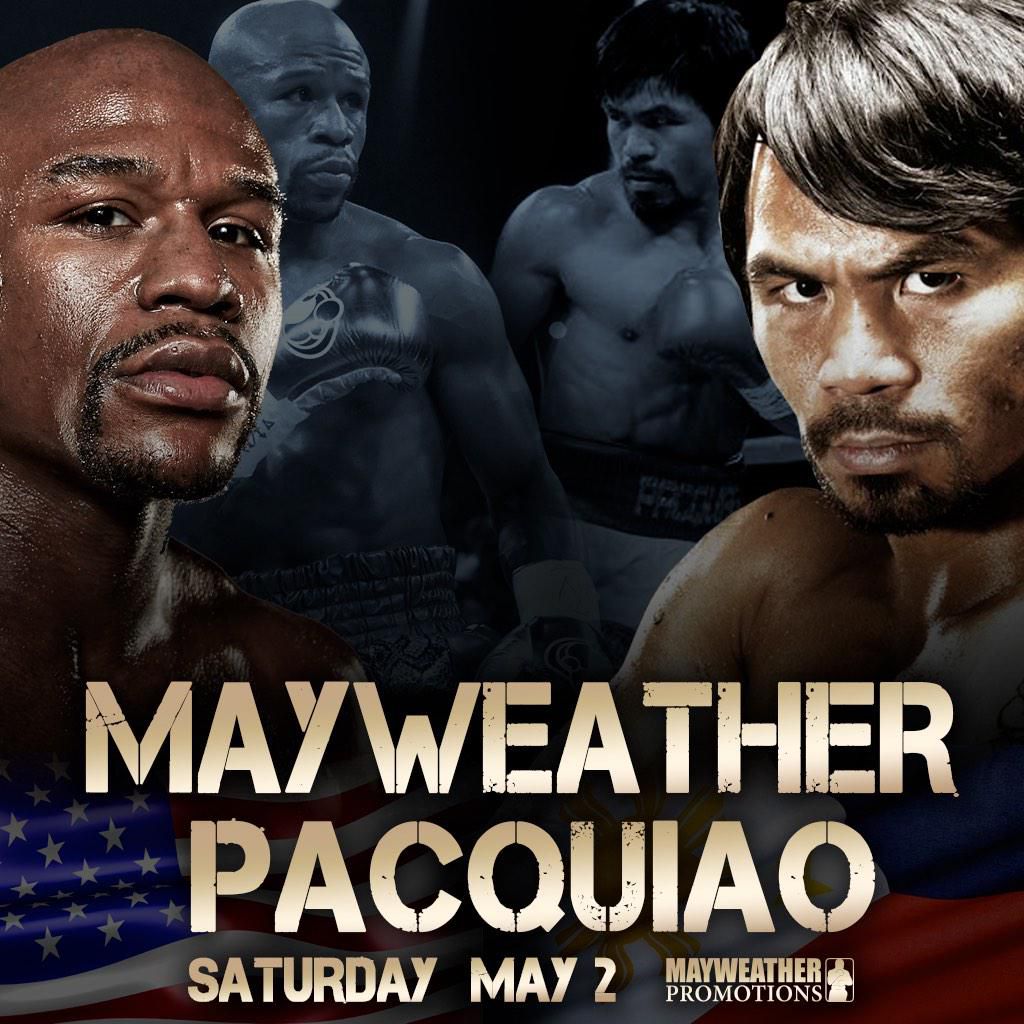 Ooh wee! May 2, 2015, is going to be one of the biggest fight night weekends in Las Vegas history (minus the bloody massacres by the mafia founding fathers many decades ago). Floyd “Money” Mayweather is going to put his legacy on the line in a fight with that other great fighter…ummm…well, his name is Manny Pacquiao, but who actually cares about the fight! Every celebrity known to mankind will be hosting some kind of crazy party and we know that the successful Dallas professionals who follow the “Dallas Escape Series” part of our blog likely want to check out the world-famous nightlife of Vegas as well as its other amenities (gambling is a decreasing part of the Vegas social mix in recent years). Our sister site, Ebonair.com, which caters to affluent professionals outside of Dallas worldwide, has posted several blogs about high profile Vegas parties on the Big Fight Night.

To keep tabs on every imaginable fun event going on in Vegas for Fight Weekend, check out VegasGoodBuys.com.

Better book your flights as soon as possible! Airfare for that weekend is already above average, with American Airlines ready to raid your wallet for $800-1000 each way! Southwest Airlines is a little more “charitable,” charging only a couple of hundred above average (expect an average of $400 to 600). Only the real ballers and shot callers in Dallas can roll out the Brinks trucks for this kinda moulah.

For the rest of you Dallas-Ft. Worth professionals who would rather invest those insane airline fees on the stock market or real estate, you may want to consider a staycation. In other words, plan a way to enjoy the Big Fight Night right here in Dallas. Bookmark our DFW Events page to keep up on all the Big Fight Night events across Dallas-Ft. Worth, and check out our DFW luxury hotel page as well. Downtown Dallas will be filled with fight watch parties and after parties so why not book a nice room at the upscale W Hotel in Victory park next to the American Airlines Center?

Get $30 off Eddie Griffin Tickets

Rooms currently are showing to be about $300 a night to start off, which is far less than a one-way flight to Vegas. The W offers the 1,000 square-foot Marvelous Suite. The W offers other pricier pads, but the Omni Hotel offers a package that includes a $50 food and beverage credit for the popular The Owners Box sports bar, which is likely to host it’s own Fight Night event. This swanky room in this tempting package includes a 1,120 square foot corner suite with a great panoramic view of the Dallas skyline. It will set you back about $650 for May 2 (as of 4/11/2015), which is still competitive with a one-way a Southwest flight to Vegas. The W also offers an insane Extreme Wow Suite with the ultimate in luxurious accommodations.

Tickets to the Hottest Shows in Las Vegas at VegasTickets.com

But if you really want to upgrade your Fight Night, book the ultimate setup at The Joule Hotel. This world-famous gem of a hotel offers three ultra-luxe, 2,300 square foot penthouse suites. As Dallas Culture Map puts it:

Oops, maybe the $10K nightly rate defeats the purpose of flying from Dallas to Vegas to party with the rich and famous, but at least it’s good to know you can live large and rich like a king for a night at the Joule. Carry on, chaps. Have a great and safe fight weekend wherever you decide to party.