After seeing the video and hearing the controversy about this latest song from Jay Z, “Story of OJ”, all I can say is, ummm…well…yeah. The video, in a technical sense, is creative, but if there is a moral to the story that the public is supposed to get, I think it got lost in translation. You can decide for yourselves if you like the video or not. It seems to perpetuate the increasing racial ‘divide and conquer’ tactic being used against us by the very people Jay Z rubs elbows with, but that’s a topic for another article.

For this article, as with the Dame Dash articles I wrote, I wanted to focus on trying to make some business sense out of what Jay Z says he is trying to do: “But I’m tryin’ to give you a million dollars worth of game for $9.99.”

Did he deliver on that promise? Let’s see.

If you can get past the numerous N words he drops, here are a few of the million dollars worth of game Jay Z offers…

In criminal law, this is called money laundering. Not sure if Jay Z intended to promote this kind of criminal behavior, but one has to assume he is saying that if you are going to flip money selling illegal drugs in the hood you live in, you might as well take some of that money and start buying rental property in that same neighborhood and clean it up. Of course, that would be a conflict of interest because the people in the neighborhood buying your drugs are most likely spending their rent money on it, and it would be hard to break that habit so that they then use the money on rent. So if a drug dealer buys such a property, he would have to replace his drug customers with clean, hard working people, many of whom would probably not want to live there. Thus the only other option is for the drug dealer to buy property in non drug infested communities, something Jay Z is not alluding to in this part of the song.

A couple of verses later, he does mention buying a $2 million building that later flipped into $25 million, but he doesn’t specify what part of town, so the assumption is that a drug dealer who gets enough money to buy a property in a low crime area is a smart investor. Jay Z does not actually show how you, the listener, can get your hands on $2 million legally, which is not exactly showing the game to anyone. But real estate investing can be profitable if you know how to buy less expensive properties in reasonably decent areas where people need a place to stay. You won’t get this kind of advice from this song, however, so be sure to educate yourself on the basics of real estate (there are plenty of reputable online sources) and as always, buy low and sell high.

[Continue article after the ad…]

Incorporating Your Business? Save $30 on any New Corporation or LLC order today. Use code july30promo at checkout!

“You wanna know what’s more important than throwin’ away money at a strip club? Credit”

Ummm, no. Why encourage people to go into debt slavery? Credit is an anomaly that we have been conditioned to believe is normal, when in fact, it is financial slavery. Sure, there are scenarios where credit can be used “wisely,” but compounding interest is actually inhumane, and the total cost of borrowing, if it must exist, should never be exorbitant. Our banking system encourages very bad forms of borrowing so that we enrich the bankers at our expense (look at our neighborhoods that have been devastated in part by very high interest credit over the decades). Nonetheless, I do agree that there are a lot of people in our community who overspend at strip clubs (not to take away from those who make money from it), who instead should budget some of that money for certain kinds of investments that return a profit. And then you can use some of that profit to spend more at the strip clubs, if that is your desire. Or you can flip all of the profits into more gainful investments.

“You ever wonder why Jewish people own all the property in America? This how they did it”

Not sure where Jay Z ever explain how Jews go about owning all the property in America. As you can see above in my assessment, he is not exactly breaking down much business detail. Using Jewish people as an example for blacks, or anyone else, to follow is apples and oranges. But as I said, if you want to go about buying property in your neighborhood or nearby areas, you must do some research, buy the right books, ask the right people, and see what kind of people are moving from out of town and where they want to be. For instance, one of the reasons North Oak Cliff has experienced growth in recent years is that past Dallas mayors like brotha Ron Kirk implemented a long-term vision to revitalize the southern Dallas sectors that have pockets of poverty (not all sectors are poor, only just a few zip codes). On top of that, many people work downtown and needed options nearby that did not necessarily involve buying a high rise condo smack in the middle of downtown. North Oak Cliff is a beneficiary of that trend. And given the current growth patterns of people moving to Dallas from Cali, New York, Illinois, Michigan, Florida, and other places, other southern Dallas sectors will see some real estate speculation soon, so get to gettin’ and research right now! (See, Jay Z, now I’m giving million dollar game for free).

Translation: Don’t live beyond your means. Those who do usually end up broke even before they die, and never leave anything for their children except funeral debt on top of other bills.

Let’s face it, most of us ain’t gonna be in a position to buy expensive artwork. The world of high priced art is actually a fairly complex one and can be shady. For instance, if you have not studied Monet or Goya or Picasso, how would you tell the difference between the real and the fake? Not knowing the difference can ruin you. So as Jay Z says, if you bought a fake for $1 million, guess what, you just got robbed. So if you don’t have, say, $50 million to where losing a mill won’t hurt you, then stay away from the art game. You have to be a true insider in order to benefit. Now you can find good art pieces in consignment stores, pawn shops, garage sales, etc., at prices that don’t break the bank. you just need to know what to look for. Some people have purchased $5 art pieces and sold them for hundreds, or even thousands of dollars. That’s more practical and realistic. To paraphrase the group TLC, don’t go chasin’ waterfalls…

The rest of the song is just Jay Z braggadocio, so no need to go into that. Hope this article helps you benefit from what few pieces of business advice the song offers. Holla with any questions. Until next time… 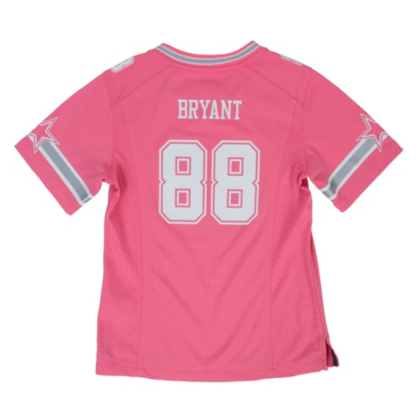