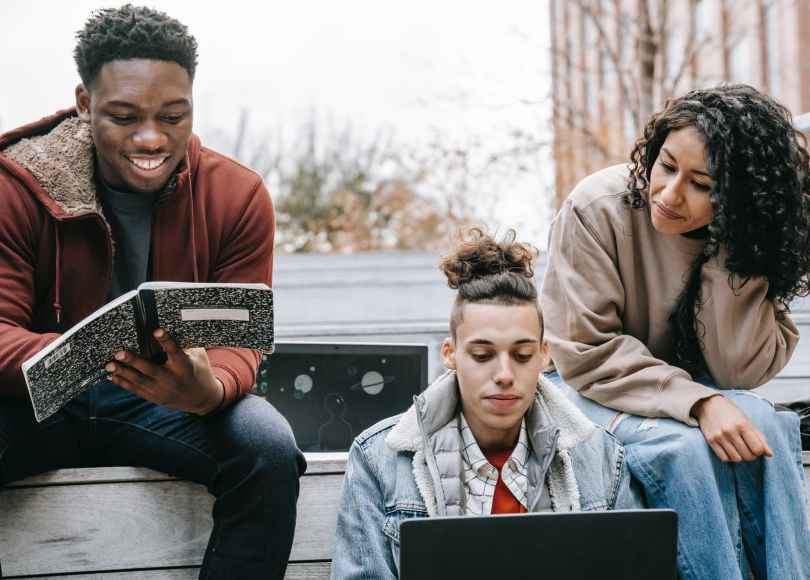 How have you used Black History Month to benefit you? It’s always great to learn from the good an tragic experiences of our ancestors in the past, but are we stuck in the past? Are we improving our life journeys to take that incremental step up instead of down?

We’ve written articles in the past where we brought back to life the successes of our people between the late 1870s and late 1910s that mainstream history books and media fails to cover. Black History is not just MLK and Malcolm X. It’s not just slavery and Jim Crow, although governments, Big Business and Wall Street owe reparations (and it’s easier to allocate rightful money, despite what “they” want you to believe).

Black History is full of many examples of successful brothas and sistas we don’t hear about. Let’s hear more about Black shipping businessman Paul Cuffe to balance out the Black Panther Party history, which is also a good history but we’ve done more than just get angry and raise fists. How did Mr. Cuffe accomplish all the great things he did, given how deep the systemic racism was in the late 1700s and 1810s?

Cuffe and his brother refused to pay taxes because Blacks didn’t have the right to vote. Thus, they took action against the government, something we should consider today given that reparations NEVER were paid us for slavery or the equally damaging Jim Crow era that deliberately kept us as a permanent underclass legally until the 1960s (and the tentacles can be felt today). Let’s learn from his successes and failures.

We need to hear more about the National Negro Business League, founded by brothas, and less about the NAACP (founded by rich white people). We must understand the importance of brothas like William R. Pettiford, who was both a Christian and innovative businessman. It’s important to mention his faith because, due to lack of historical understanding, some are of the opinion that being both Black and Christian is what’s holding our people back, which is nonsense. That’s the divide and conquer strategy the oppressor uses to distract us from the problems at hand that our community is dealing with.

Diving deep into the success of brothas and sistas during the harshest realities of racism in America is important for each of our generations to do. We have to take care of our own, and being stuck studying only the history of a few African American figures in our history is insufficient. The mainstream media wants us to hold up “their” favorite Black heroes that don’t represent a major threat to their plans for us.

McKinsey & Company just published an interesting report analyzing brothas and sistas in the private workforce. Unfortunately, it seems to show that we are a permanent underclass in corporate America. Make no mistake, this is by design. There are some non-Blacks who, without any true knowledge or understanding of our plight, armchair quarterback and instantly blame us for a variety of baseless reasons. But here’s an excerpt from the study:

In the United States, Black workers account for 15 million, or 12 percent, of the 125 million US private-sector workers.1 The overall Black labor force, including the entire private sector, public sector, and the unemployed looking for work is 20.6 million.2 Our analysis of economic data, primarily drawn from the Bureau of Labor Statistics and the US Census Bureau from 2019,3 as well as the Equal Employment Opportunity Commission from 2018, reinforces the immense complexity of the challenge facing many of the Black private-sector workers today.

McKinsey & Co. “The participation of Black workers in the US private-sector economy“

The report goes on to show a national graph where right here in Texas had the largest percentage of Blacks in the workplace (8.7%) compared to the national total of Blacks in the workforce. Florida, Georgia and New York rounded out the top 4, respectively. If you combine Virginia and Maryland (given the DC area having a lot of us), they’d be 2nd. If we can make a change for the better in these top areas, then we can achieve critical mass to influence other states. There have been many discussions around reparations since last year, and those discussions can be reused beyond the reparations context as a catalyst for positive momentum going forward.

Let’s start the next round of discussions at the community level so that we are not looking for national leaders to move us in the future. You, the reader, should be the community leader. Let’s end each Black History Month with an action plan for turning each of our communities around, and share those experiences, good and bad, via social media and the internet. If you have a website or social media page dedicated to improving Black communities in tangible, actionable ways, let us know.