A couple of days ago, while out and about in traffic to take care of the usual business activities somewhere off Dallas Tollway, I flip on 94.5 FM, aka Boom 94.5, to hear the latest old school hip hop mix, and lo and behold, I think Harold Melvin and the Blue Notes was playing. Lol, well it may not have been Harold Melvin and them, but for a split second, I thought I was listening to 105.7 FM, which is an old school (and some new school) R&B station here in Dallas. I double checked the radio and it said 94.5. Hmmm. I scratched my shaven bald head, turned the radio off, then flipped it back on. This time, a voice said something about “Magic 94.5.”

For those who are new to Dallas-Ft. Worth, 94.5FM has some history. Before Nov. 2014, 94.5 was KSOC, which was an adult contemporary R&B station that had competition from 105.7 FM for years. Some black folk like one station more than the other, so these two stations seemed to split their demographic. Not sure how good for business that was judging from the outside, but 94.5 had the legendary, nationally syndicated Tom Joyner and his morning team anchoring the station. Then, in the months, maybe years, leading up to 2014, something was brewing between Joyner and management (you’d have to search for the details if interested). Finally, the decision was made to switch to the old school hip hop format, which presumably meant cutting ties with Joyner (who had the successful Black America Web as his main media platform). If I recall, one report at the time said the decision to switch was made while Joyner was out of town. 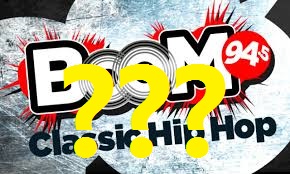 But a lot of us grown folks still wanted to see Tom Joyner back on the Dallas airwaves. And so, as of this week, Joyner is back on the air, but now who will fill the void of the old school hip hop format? Sure, 97.9 and 104.5 will spin a few oldies here and there, but it was nice to be able to switch to 94.5 when “Bad N Boujee” was in heavy rotation virtually nonstop earlier this year, lol. Will 105.7 fill that void? Did another radio station start up that will fill this void? Y’all let me know.