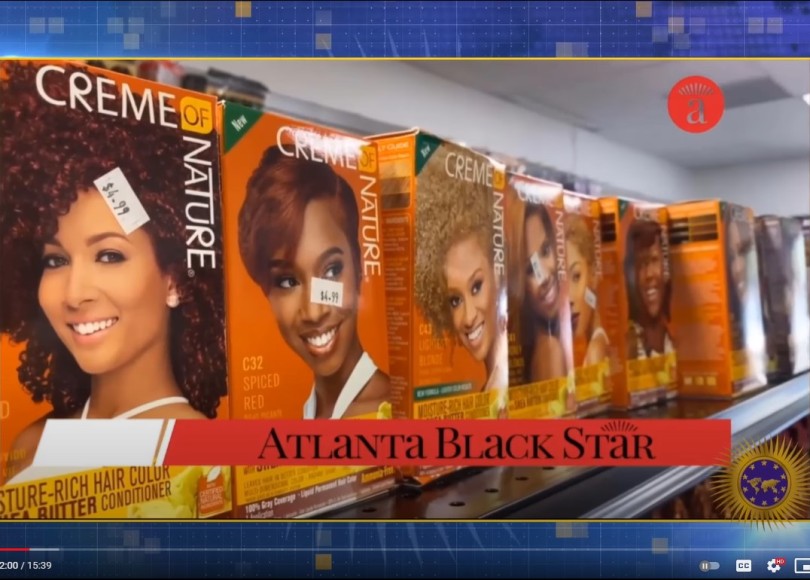 Over the years, we’ve written about the problem of why sistas don’t have a much larger share of the Black hair industry which they themselves created over 120 years ago, give or take a few years. We explained the government’s deliberate involvement in this problem (which is why my mind is boggled as to why we still trust the government so much when they don’t care about us). How did we go from the Madame CJ Walkers of the world becoming millionaires in 1910, to Koreans becoming multimillionaires, while sistas’ net worth have remained stagnant, and bordering on poverty?

We have to ask honest, tough questions as we can’t put all the blame on Korean businesses and the US government, because no one pulled a gun and forced sistas to continue to buy from non Blacks. Yet we must look deeper into the history of how the US government basically ran South Korea (while the old Soviet Russia ran North Korea as part of a deal the two made), establishing it’s economy and setting up puppets.

The first version of this US-controlled government failed in 1960, so the US setup another one that was more export driven so as to rebuild the South Korean economy. And bingo: That’s exactly when exports to the US, including the very same hair care that sistas started buying, took off. Here’s an excerpt from “The Economic History of Korea:

Under the [post Korean War economic growth] policy, known as import-substitution industrialization (ISI), entrepreneurs seemed more interested in maximizing and perpetuating favors by bribing bureaucrats and politicians, however. This behavior, dubbed as directly unproductive profit-seeking activities (DUP), caused efficiency to falter and living standards to stagnate, providing a background to the collapse of the First Republic in April 1960.

The military coup led by General Park Chung Hee overthrew the short-lived Second Republic in May 1961, making a shift to a strategy of stimulating growth through export promotion (EP hereafter), although ISI was not altogether abandoned. Under EP, policymakers gave various types of favors — low interest loans being the most important — to exporting firms according to their export performance.

Notice the dates from 1960 to 1961. And pay particular attention to the “low interest loan favors” being handed out to higher performing Korean exporters. Where do you think this money came from, given that America and Russia decimated the economy? You guessed it: good old generous “sugar daddy” America. While the very same American infrastructure redlined our neighborhoods from receiving capital, and bulldozed our communities in favor of the new federal highway system of the 1960s, they were handing out money to the Korean government to loan to their businessmen. Part of those exports, needed to help rebuild Korea, went to Korean immigrant businesses in Black neighborhoods. That’s why they fought hard to protect and expand their stranglehold in Black neighborhoods. [continue article below…]

The video in this article does a pretty good job setting the stage for how a $7.5 billion Black Woman industry (according to an Essence panel back in 2009) of hair and beauty products is controlled mostly by Asians.

Back in 2011, Patch.com summed up the rise and dominance of the Korean business model in Black neighborhoods:

For almost 50 years, the Korean-American community has dominated the black beauty supply market by opening large stores, buying out smaller black-owned ones and using the faces of black celebrities on their products and black employees in their stores to grow their businesses in the black community.

Patch.com. The Ugly Side Of the Beauty Supply Market | Cascade, GA Patch

In the same Patch.com article, an African business-minded brotha was trying to bring an African continent connection to the Black community business model by supplying African hair and beauty products, but ran into a virtual Korean business “mafia” stranglehold on us, similar to what the sista said in this video:

Between manufacturing, distributing and selling hair care products, Korean-American entrepreneurs appeared to control all major components of the beauty supply business, he said.

Devin Robinson, owner of Atlanta’s Beauty Supply Institute, said about 9,800 beauty supply business existed nationwide; but only a little more than 300 were black-owned.

The Koreans strategically make it harder for us to get into the business. They have the supplies the customers want,” Robinson said. “They sell it to us at higher prices or they deliver the products late to the black-owned stores. Sometimes they don’t allow orders from us at all.

Patch.com. The Ugly Side Of the Beauty Supply Market | Cascade, GA Patch

Again, this article was written nearly 10 years ago, and here we are, still the same problems. This is not to cast aspersions on Asians as a group, but to highlight the urgency to deep dive into a problematic, government-sanctioned business model that is harming our community’s business model. No wonder our collective net worth has remained near 0 since the 1960s. We have external economic forces at work against us, redlining the same neighborhoods so that Black business people could not get the same credit and grants that others got.

The reason Korean and other Asians have a stronghold in Black communities is because our traitorous US government gave them a green light to setup shop in our neighborhoods. Before going through the immigration process, how else did these Koreans know exactly where to go? They didn’t setup shop in white neighborhoods that have far more money (that would have made more sense). They were specifically sent to us to inadvertently suck our communities dry and keep us as a permanent underclass.

In one of our posts on this topic years ago, I explained that part of the government’s motivation in directing Asian businesses into our neighborhoods was a sense of misplaced guilt for the American wars against Korea, Vietnam and other Asian countries in the 1950s and 60s. To make “amends” for the massacres, the US granted them citizenship, new social security numbers, and “financial assistance” to setup and build their “American dreams” at the expense of us. All we got was an American nightmare.

This isn’t a slam against Koreans as they were just doing business and taking advantage of their opportunities. But the Korean business problem started in the 1960s, the same time we gave all our political power to one party (I’m politically independent, before people say anything). Had the CBC (Black Caucus in Congress), which started in the 1970s, countered the rise of Asian political power during the same decade, sistas would have most of the wealth in this industry. But the CBC was only concerned about looking good and powerful without any substance. The NAACP was silent as well. No television-only Black leaders lifted a finger to bring light on this touchy subject, probably because by the 1980s, the Asian business lobby was very strong in Washington, while Black businesses had no strong lobby (even till this day).

Solutions: As this video points out, sistas will have to make some temporary sacrifices to make their voices heard. Make those dollas holla by withholding them. They will break at some point and compromise. But the compromise must include deep access into the hair supply chain that the Korean “mafia” has a stranglehold over. Here is where sistas need us brothas to help with strong arm negotiating tactics. In other words, despite all the anti-Black male propaganda, sistas need us, and we need them. Together, we can nip this problem in the bud and rebuild our economy and families.

Check out the video from the African Diaspora YouTube Channel and let us know your thoughts.