Recently, I watched a YouTube video of hip hop and clothing entrepreneur Dame Dash on Breakfast Club radio where he tried to explain why he tried to convince the morning radio crew that “You’re not a man if someone else tells you when you can take a vacation and when to be at work.” Of course, it kinda got heated up in there, but his ideas resonated with many listeners and viewers. One viewer commented that she never thought of employment the way Dame was explaining and it got her to rethink it. Dame Dash also made a comment about savings accounts are for losers, or something to that effect. He went on to say that his money is “out there on the streets” and it comes back to him.

Now for many, the raw, rough business thinking of Dame Dash would tend to rub them the wrong way. Despite how rough his words were, I actually understand what he was trying to say and agree with the underlying gist of his line of thinking. It’s important to note that his interest in speaking out on this topic was to encourage more black people to think like bosses instead of training their kids to be wage slaves (because kids will imitate their parents, thus perpetuating a wage slave cycle). So I figured I’d use my business background and experience with entrepreneurship to help explain how to truly think like a business boss and not like a wage slave aspiring to be a boss. 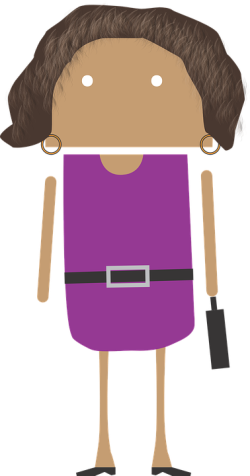 As a wage slave, you are conditioned to go to work at a certain time that your boss expects, go to lunch at a certain time, leave work at a certain time, get approval for vacation days and holidays, take sick days, set up a retirement plan, establish a savings account for direct deposits, and so on. We take all these things for granted. And when we watch or read financial news, the “experts” tell us to teach our kids to do the same thing as us. We never question any of this. We just think that’s the way it is.

That’s a good approach for wage slaves, but not for business savvy entrepreneurs.

We Don’t Question How We Save Money

For instance, we take for granted giving our money to a bank each pay period. But what does the bank do with our money? Most of us don’t really stop and ponder. The bank is pooling a bunch of checking and savings account monies together and investing it in real estate and Wall Street, making a killing on investment returns, while charging us fees and not paying any real interest on our balances like they used to decades ago. is this a good idea? We turn around and teach our children that this is normal, but is it always good? If you ask the wealthy how they “save” their money, most of them will tell you they don’t. Instead, they invest the bulk of it in real estate and Wall Street just like the banks do. When I did software design consulting work for big banks, part of my work was in investment securities processing not only for major corporations, but also high net work individuals. This alone tells you that the wealthy are treated like corporations because they invest similarly. So when Dame Dash says his money is out there in the streets “flippin’ till it comes back,” he’s essentially saying the same thing. He makes his money work for him, instead of letting his money work for the bank’s interests.

We Don’t Question How Our Work is Managed

As mentioned before, a wage slave is told what to do and when to do it. Your manager lays out objectives for your work tasks and tries to motivate you to achieve those goals by using performance reviews, raises and promotions as incentives. Meanwhile, you get an hourly or salary paycheck on a set schedule, deposited to a bank account or under your mattress, based on you physically showing up to work. This is called “non-passive income” because you have to actively use your labor to make money. With “passive” income, your money works for you, even while you sleep. This is a totally different mindset that is not easy to transition into. You can’t just wake up one day and say, “I’m going to have passive income” as a way of being an entrepreneur. You have to unlearn all of what you’ve been taught about making money. With a true entrepreneur, there is no certainty of income. Money may come in like a flood one moment, then become a drought the next moment. There’s not boss motivating you to achieve goals because you are the boss. If you want a raise or promotion, you have to give it to yourself.

A Boss Has a Clear Vision and Something That Others Want

But above all this, you need a vision. Nothing fancy, but enough details to spell out how you plan to be a boss. A fully independent entrepreneur is his or her own boss who knows how to rake risks and mitigate them as they occur. A boss plans for the good times and bad times accordingly. Remember Joseph in the Old Testament? He was elevated to the 2nd highest ranking Egyptian official under Pharaoh because he planned for the 7 fat years and the 7 lean years by saving some of the wealth from the fat years and setting it aside for the lean years. And that worked. A boss has to have the forethought and vision to do the same thing. Joseph knew there would be demand for food grains during the 7 lean years, and thus he profited greatly when his vision turned out to be correct.

It takes a lot of guts to just reduce one’s savings account and let it “flip” on the “streets” (Main Street or Wall Street), but that’s how it goes. The reality is that most of us trick ourselves into thinking we can be our own boss, but hadn’t thought through what this article outlines. Bottom line is that as a boss, your money works for you, and as a wage slave, you work for your money. They are not the same.

There was an error retrieving images from Instagram. An attempt will be remade in a few minutes.

There was an error retrieving images from Instagram. An attempt will be remade in a few minutes.