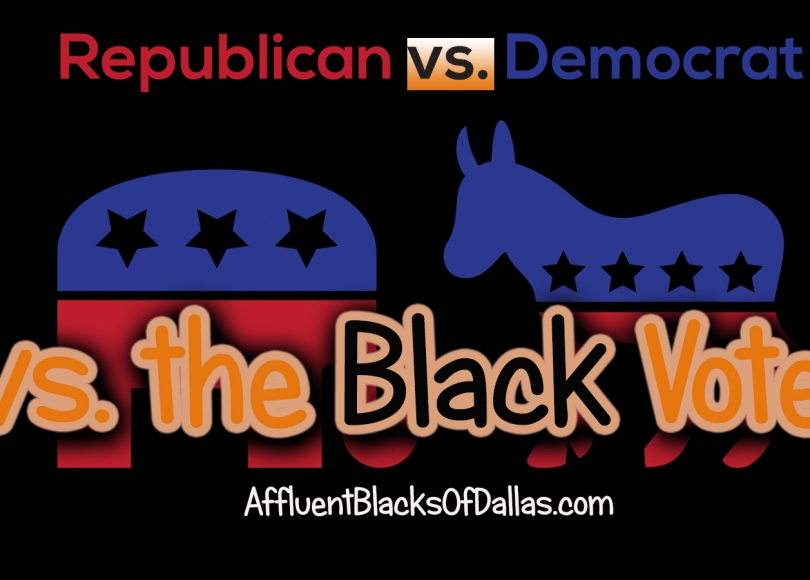 As the elections fast approach, Black Americans are being pressured into voting for Biden because Trump is racist. And that’s all fine and dandy if that’s your only political strategy, but there’s a growing movement among more strategic-thinking brothas and sistas that is asking a simple question: if we do vote Democrat this time, exactly what will Black Americans get, when will we get it, and how exactly can we hold politicians responsible when they fail to deliver within the first 6 to 12 months of getting into office?

So, then, why do some of us descendants of those who used to be called “negroes” in the Civil War era keep allowing one political party to dominate our vote by scaring us with “the other party is racist” nonsense? After slavery, we let the Republican party of Lincoln do it to us from the 1870s till the 1960s. Ever since then, we let the Democrats do the exact same scare tactic. Yet during all that time, from the 1860s until now, our collective net worth has flatlined, still have the same hoods, and our so called leaders pander to every other group but the Black American vote.

Are you ready to repeat that same mistake yet again after 160 years? That should be embarrassing.

So no matter what party you vote for from now on, ask the simple questions listed above and put it in writing. Don’t accept political promises without setting a series of milestone dates for them to deliver something tangible. If they fail, fire them and find anyone of any party willing to get us to where we need to be. Period! No more excuses.

When you do your job for your employer, they hold you accountable, so hold politicians accountable, too. And stop being scared of racists. Negative thinking only holds you back. Racists don’t have power over you. You’re kings and queens  so act like royalty with your vote.